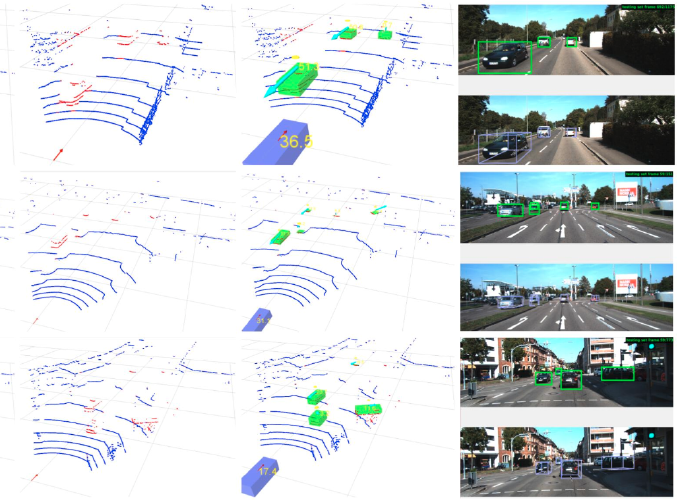 Vehicle detection and tracking in real scenarios is a key component to develop assisted and autonomous driving systems. Lidar sensors are specially suitable for this task, as they bring robustness to harsh weather conditions while providing accurate spatial information. However, the resolution provided by point cloud data is very scarce in comparison to camera images. In this work we explore the possibilities of Deep Learning (DL) methodologies applied to low resolution 3D lidar sensors such as the Velodyne VLP-16 (PUCK), in the context of vehicle detection and tracking. For this purpose we developed a lidar-based system that uses a Convolutional Neural Network (CNN), to perform point-wise vehicle detection using PUCK data, and Multi-Hypothesis Extended Kalman Filters (MH-EKF), to estimate the actual position and velocities of the detected vehicles. Comparative studies between the proposed lower resolution (VLP-16) tracking system and a high-end system, using Velodyne HDL-64, were carried out on the Kitti Tracking Benchmark dataset. Moreover, to analyze the influence of the CNN-based vehicle detection approach, comparisons were also performed with respect to the geometric-only detector. The results demonstrate that the proposed low resolution Deep Learning architecture is able to successfully accomplish the vehicle detection task, outperforming the geometric baseline approach. Moreover, it has been observed that our system achieves a similar tracking performance to the high-end HDL-64 sensor at close range. On the other hand, at long range, detection is limited to half the distance of the higher-end sensor.

In this paper we expand the possibilities of the Deep Lidar segmentation approach, applying it to lower resolution lidar data, such as the provided by the Velodyne VLP-16 (PUCK). We use the Kitti Tracking Benchmark dataset, decimating the Velodyne HDL-64 point clouds to match the PUCK sensor descriptions. The resulting low resolution information is used to train a new convolutional architecture for detecting vehicles which outputs are feed into a multi-hypothesis tracker module. The tracking results are finally evaluated using the Kitti evaluation server. We study how the sensor resolution affects the overall system performance by performing a comparative study using both mentioned sensors. 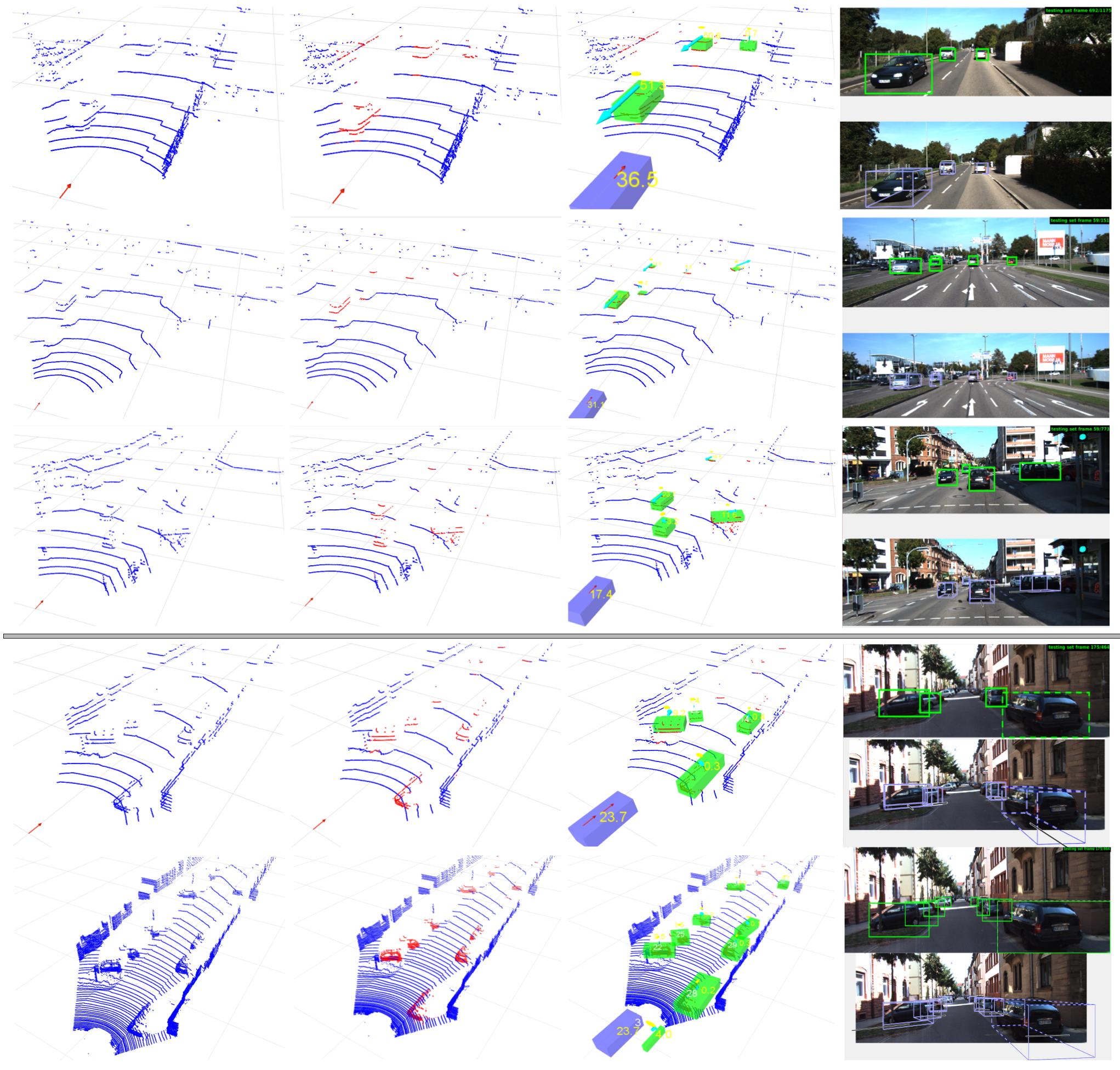 In columns, images show the raw input, the Deep detector output with vehicle points in red, the final tracked vehicles and the RGB projected bounding boxes submitted for evaluation. The first three rows illustrate different PUCK results, while the fourth and fifth are a comparison between the simulated VLP-16 and the HDL-64 resolution systems. As can be seen, the performance is similar in the near field but the detection distance is shorter in the first case.

We performed different experiments to gain an insight into the maximum detection distance that our low resolution system can manage. Attending to the results, two distance performance metrics have been defined. On one hand, the effective detection distance, which we defined as the maximum distance at which the system recall $(TP / (TP + FN ))$ remains over a $90\%$. On the other hand, the maximum detection distance, a less restrictive measure to obtain the distance at which at least a third of the new vehicles are correctly tracked. To calculate it, we set an incremental recall metric $(\Delta TP / (\Delta TP + \Delta FN))$ that computes the recall with the $TP$ and $FN$ increments produced due to an increase of the distance threshold.